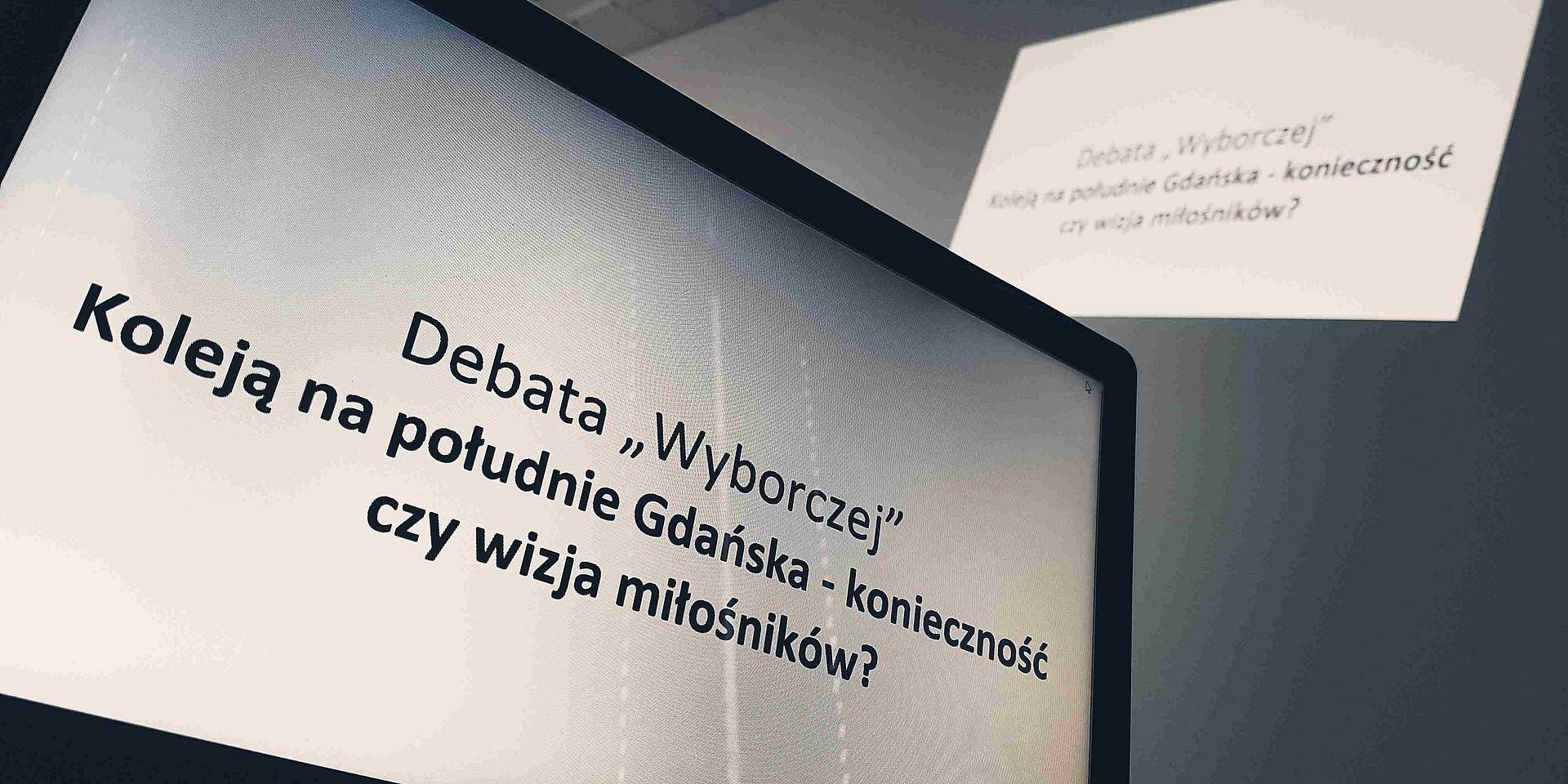 On 3 April, the Argon building hosted a debate organised by Gazeta Wyborcza Trójmiasto on the construction of the new SKM (Tricity rapid commuter railway) line, connecting downtown Gdańsk and Orunia to the public transport hub at Łostowice-Świętokrzyska

The idea of constructing a new SKM line connecting the southern suburbs of Gdańsk is anything but new - it has been proposed several decades ago and the necessary land for its expansion has already been allocated. Given the dynamic development of this part of Gdańsk, the matter is once again open to discussion. The debate took place on the third floor of the Argon building which sports a view of the SKM station Przymorze-Uniwersytet. Participants of the debate included vice-marshal of the Pomeranian Voivodeship, Ryszard Świlski, vice-president of Gdańsk, Piotr Grzelak, director of Gdańsk development office, Edyta Damszel-Turek, director of ZTM (Gdańsk municipal transport), Sebastian Zomkowski, chair of PKP (Polish national railways) SKM, Maciej Lignowski, vice-chair of FRAG (Gdańsk agglomeration development forum), Paweł Mrozek, vice-chair of the Pomeranian rail enthusiast society, Paweł Pleśniar and Torus president of the board, Sławomir Gajewski.
The first part of the meeting was dedicated to the current traffic situation in the city of Gdańsk. According to ZTM research, as presented by Sebastian Zomkowski, most passengers from the southern suburbs commute to downtown Gdańsk, Wrzeszcz, Przymorze and Oliwa, where a typical commute from Łostowice to Wrzeszcz takes up to 45 minutes. If a new train line were to be constructed, the trip would take approximately 20 minutes.
The next part of the meeting provided a chance for analysis. Elżbieta Damszel-Turek from the Gdańsk development office was the first person to speak, followed by the vice-president of Gdańsk, Piotr Grzelak, who confirmed that the project, albeit challenging, is indeed being considered by his office. Given the project's sufficient potential, the City of Gdańsk has decided to conduct a corridor study for the train line and prepare a new urban transport plan. The new line would have potential for expansion in the future to reach farther out of the city and into the wider region. In the final presentation, Paweł Pleśniar from the Pomeranian rail enthusiast society said that a mere three-kilometre railway line would have a profound impact on the quality of life of a large number of Gdańsk residents. Mr Pleśniar presented an estimated line location with suggested stations, offering to lend his organisation's experts to aid the project.
In the subsequent part of the meeting, Torus president of the board, Sławomir Gajewski, shared the results of a study conducted on people working in Alchemia - almost 4,000 people - 40% of which commute by SKM trains. Mr Gajewski underlined the fact that most Alchemia workers are young people who have settled in the southern suburbs of Gdańsk. A new SKM line could improve their mobility and bring more people into the still-growing number of office buildings and office centres located along the train line. It would be a win-win scenario for the entire city and for the project's numerous stakeholders.
Torus is committed to developing city infrastructure. On 29 May 2014 we opened a new subterranean pedestrian walkway from the SKM Przymorze-Uniwersytet station to Alchemia and the University of Gdańsk. The investment did much to increase the comfort and safety of the countless commuters accessing the station. The total cost of this project was 2.8m PLN and was fully funded by Torus.

On 22 May, Hotel Almond in Gdańsk hosted the second conference of the third edition of the BBS Tour: Polska. The Poland-wide event was organised by Fundacja Pro Progressio with Torus in both the sponsor and participant role.

Operation Rh - our very own Alchemia blood drive will continue once again in 2019. The first event took place on 27 May, with additional dates to follow on 22 July, 19 August and 14 October.

InfoShare is currently the largest technological conference in Central and Eastern Europe. The event attracts thousands of participants (6,000 last year), hundreds of start-ups and speakers, as well as companies and investors. This year, at the 13th edition of the confer...

Discovering the world of Finance at Alchemia

On 27 March, we hosted another group of students from the University of Gdańsk at Alchemia, as part of our Torus LINK series of workshops. This time, we took our young visitors on a journey to the world of finance. At State Street Bank, the students got to know the globa...